The Association of People Supporting Employment First (APSE) awarded the 2021 APSE Awards during the 2021 Virtual Conference on Friday, June 18th, 2021.

Congratulations to the 2021 APSE Award Winners!

To honor Dave’s contributions to APSE and Employment First, this award is offered to individuals or organizations who demonstrate innovation in the area of technology, customized strategies, and/or self-employment for individuals with significant disabilities. Dave Hammis was an incredible innovator in the field of community-based and customized employment. His creativity and fresh approach to supporting people in inclusive workplaces--- whether at a business or through self-employment---inspired many of us to see beyond the realities of what we thought possible.

"As Andrea (Samuelson) works to develop or enhance relationships with employers in our local communities, she does it in a way that builds on the employee and employer’s strengths and focuses on full inclusion. When there are opportunities for growth, Andrea does not shy away from difficult or uncomfortable conversations. She sees that this discomfort can offer equity and inclusion for all and pursues it wholeheartedly. Andrea proactively connects with local community and city partners to network and understand how we share and can work together toward common goals. Her curiosity about what others are doing in relation to diversity, equity and inclusion has opened pathways to opportunities that would not have otherwise been there. She has recently begun a partnership with the City of Arvada to promote and bolster both of our efforts toward inclusion and has offered support from DDRC’s Employment Services as they move forward with a deeper commitment to diversity."

The Wendy M. Wood Award was established to recognize emerging leaders who are developing a vision and creating action toward the full inclusion of citizens with disabilities in our society.

"Heather leads the DDRC Employment Services team in our bold vision to become a pacesetter of Employment First in Colorado, a template of excellence among our peers. She expects the team to think critically about Employment First principles and to anchor the philosophy of practice as the foundation of their services. Heather consistently challenges the team to approach their supports in person-centered ways that have a presumption of capability and promote self-determination and self-advocacy. She also challenges the team to be intentional about the language we use because words matter in shaping inclusive workspaces. Words can damage or dignify."

Nominated by Iowa APSE Board of Directors

The Public Policy Award was created to distinguish an individual who has excelled in advocacy work around Employment First. A Public Policy Leader is someone who inspires others to make a difference by engaging with elected officials and key stakeholders in discussions to promote policies that support the mission of Employment First.

"Kyle (Horn) knows that statistics don’t win hearts and minds, but personal stories have that power. America’s Job Honor Awards challenges negative employer bias with “stories of overcoming” in the form of honoree videos. His stories put a human face on job seekers with barriers and increase employer demand for them. The stories encourage policymakers to build a more welcoming society and inspire struggling job seekers to recognize and overcome their barriers. In short, Kyle's organization stimulates the entire talent supply chain by making the American Dream more accessible to all."

The Louis Curtis Award was created to recognize an individual’s personal achievement in advocating for inclusive, individualized, community-based employment and/or independent living. Lois Curtis paved the way for people with disabilities to live in their own communities while receiving the services they need after spending 18 years living in an institution. Lois Curtis and Elaine Wilson brought a case that rose to the level of the Supreme Court and the court decided that "unjustified isolation" of a person with a disability is a form of discrimination under Title II of the ADA. This is known as the Olmstead Decision. 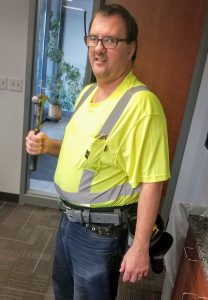 2021 Lois Curtis Award Winner Wade Spencer lives in Eagan, MN. He owns his own business, House List Handyman Services, where he installs vinyl siding and drywall, fixes and installs gutters and boards up foreclosures. Wade got started with contracting and maintenance jobs back in the 1990s, when he partnered up with a friend and worked together on local bids. In the early 2000s and with the help of a customized employment provider, he decided to strike out on his own and start a small business. Wade and his job coach at the time developed a business plan and put together a list of job types and prices. After starting with vinyl siding, he moved into installing gutters. Nowadays, he makes the decision about whether or not to meet potential clients. Then he calls his job coach, “She always meets clients with me and then she and I draw up the contract together. She helps with the paperwork as well. I couldn’t do it without her.” Wade wanted an opportunity to be part of the general workforce. With the help of a job coach and the idea to start his own business, he has created his own opportunity, despite living with ADHD and a traumatic brain injury. “I can do what I want. I don’t have to be watched 24 hours a day. I like being the boss. The truth is, though, when you work for yourself, every client is your boss. My job is to leave the homeowner’s property having fixed whatever is broken. That’s how I make a living and I take pride in that.”

This year many businesses were nominated for the APSE Employer Award. This award was established to recognize businesses that value and demonstrate the importance of an inclusive workforce by employing people with disabilities. Nominated businesses have values consistent with APSE.

Zebra has implemented a leadership development program module for their leaders, equipping them with experiences and tools to further their path in the company. Zebra Technologies Corporation partners with organizations such as TotalLink2 Community and Parents Alliance Employment Project, as well as university offices of disability to ensure they have access to candidates with disabilities at all levels. In addition, they are a corporate partner of Disability:IN and a member of The Valuable 500, a collaboration of 500 companies and leaders who have committed to putting disability inclusion on their business leadership agenda.

This award is to recognize a provider organization that has successfully implemented strategies to support those with disabilities to work and further their career path in an inclusive workforce. The 2021 Award winner is Buckeye Community Services!

This award is co-sponsored by the Journal of Vocational Rehabilitation. educational leaders in the field of employment supports. Named for Dr. Michael McAllister, the Got Mike! Award has been established to honor Dr. McAllister’s contributions to the advancement of integrated employment and the ongoing educational advancement of professionals interested in the field. 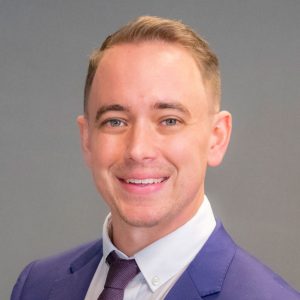 John is also an active and strong advocate. He recognizes that the research provides an important story but change only comes through advocacy. He passionately engages at the state and federal levels. John strives to eliminate barriers to these opportunities for people with significant disabilities, allowing for a robust pathway to critical skills to enter and succeed in the labor force.

Miss the 2021 Live Event? You can still register for On-Demand content!