In the world of supported employment, the need for effectively trained, professional direct support staff – often referred to as job coaches, employment specialists and career counselors – has never been greater.  Relational skills are paramount: developing the trust and rapport with the individuals receiving services while at once having the gumption, creativity and networking skills to form key partnerships with community employers requires a lot of dexterity. Yet there are key strategies that such professionals can employ which can make the process of job placement and retention successful. Now, there also national standards that have been established that validate and support the training of such strategies currently provided in the field – the CESP (Certified Employment Support Professional). The CESP sets a standard of knowledge and distinguishes employment support professionals who have shown they have the skill and competence to perform the requirements of the job.

In Minnesota, more and more organizations are turning to the CESP to reflect that their employees are equipped with the knowledge and skills to help adults with disabilities and mental health challenges find success in completive, integrated employment: real jobs with real wages. “As late as 2010, supported employment was a fringe service in Minnesota – with only a handful of providers that were regularly landing people their own jobs in the community and nearly all of them were in the Twin Cities metropolitan area,” said Dana Eisfeld, co-president of Minnesota APSE. “In late 2017, we proctored a single CESP exam in St. Paul with more than 30 people in attendance, with more than 20 organizations represented, from as far away as South Dakota, North Dakota and towns along the Canadian border. Some people drove more than six hours to take the exam. I think this shows how far that state has come and how much of a belief that there is in the CESP as a credential.” 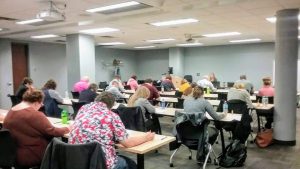 “Having the certification has really helped in our company, it’s helping to set the standard for what we want our program to reflect, giving new staff a goal to reach for and reinforcing our belief in what we do.” 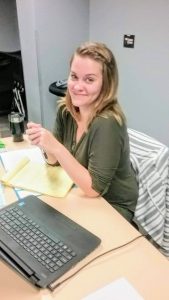 In 2018, Minnesota has implemented a series of new, waivered employment services and reimbursement rates – the driving impetus of which is fostering the inclusion of more adults with disabilities in the workforce in a state which leads the nation in the number of sub-minimum wage workers. The state has also developed a set of competencies that organizations which provide these services must meet: one of the primary methods that providers can demonstrate these competencies is through the CESP. “We are excited,” Eisfeld said, “with the new waivered employment services, the state has acknowledged the CESP as a standard which reflects expertise in the arena of disability employment. In addition the new CESP-testing format should make taking the exam far easier, people won’t have to drive hours just to sit for it. Where we only proctored one to two exams a year and exclusively in the Twin Cities before, we’ll now be able to offer the exam six times a year at six different testing locations throughout the state. I think that is a game changer.”

Far more organizations will be able to join the ranks of providers such as Community Involvement Programs in Minneapolis, which has been credentialing their employees through the CESP for years. “Having the certification has really helped in our company,” said Meg Lee, their assistant program manager who is a CESP herself, “it’s helping to set the standard for what we want our program to reflect, giving new staff a goal to reach for and reinforcing our belief in what we do.” 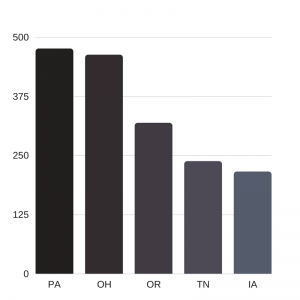 Minnesota is not the only state using the CESP as a standard or requirement for funding. Other states include Pennsylvania, Ohio, Iowa, Tennessee, Oregon, and others. These states have seen jumps in numbers of certified professionals over the past five years. Thanks to the efforts of state leaders, the number of CESP certified professionals has steadily grown since the initial examination was developed.