The Collaboration to Promote Self Determination (CPSD), the Association of People Supporting Employment First (APSE), and the National Disability Rights Network (NDRN) are dedicated to the full inclusion, independence and economic self-sufficiency of people with disabilities.  Competitive integrated employment – jobs at or above minimum wage alongside co-workers without disabilities – is critical to meeting all of these goals.

Our organizations strongly oppose any efforts by the Department of Education to weaken existing regulations implementing the Workforce Innovation and Opportunity Act (WIOA) of 2014, a bi-partisan statute that made clear that competitive integrated employment is a national priority for people with disabilities.  On May 9, 2018, the Secretary of Education notified the public of her intent to issue a notice of proposed rulemaking to amend the regulatory definitions in the WIOA implementing regulations, 34 CFR part 361.  Opening WIOA’s implementing regulations is unnecessary, and any concerns that the Department has can be addressed without opening the rule

As directed by Congress, the Department of Education issued regulations implementing WIOA in August 2016.  The WIOA regulations are very much aligned with both Congressional intent and long-standing Department of Education policy.  Nonetheless, when members of Congress and some stakeholders raised some concerns about the regulations, numerous disability groups with a range of views came together to work in good faith to craft a consensus solution.  Over twenty groups endorsed the position in the March 7, 2018 letter from the Consortium of Citizens with Disabilities Employment Task Force, recommending that the Department make clarifying changes to its sub-regulatory guidance and not open up the regulations. These groups included, among others, APSE, CPSD, Council of State Administrators of Vocational Rehabilitation (CSAVR),[1] National Association of State Directors of Developmental Disabilities (NASDDDS), National Disability Rights Network (NDRN), The Arc of the United States, Goodwill, ACCSES, SourceAmerica, EasterSeals, Goodwill Industries International, and National Industries for the Blind (NIB).  We are very disappointed to learn that the Department did not adopt this solution, which was simple and outlined in detail the steps necessary to satisfy all parties.  The proposed solution would have addressed the confusion expressed by some in the field regarding the implementation of the current WIOA regulations

Our organizations strongly oppose re-opening the regulations.  Moreover, the primary Congressional architects of the statute have been resolute in their belief that no changes to regulations should be considered until data on the regulations had been collected and analyzed.  We ask the Department of Education to re-consider its decision and instead implement the proposed consensus solution of the disability community. Congress has made clear that the goal of public should be competitive integrated employment. We believe that the current WIOA regulations are the means to achieving that goal for Americans with disabilities who access the Vocational Rehabilitation system.

The Association of People Supporting Employment First (APSE) is the only national membership organization focused exclusively on integrated employment. Through advocacy and education, APSE advances employment and self-sufficiency for all people with disabilities.

The National Disability Rights Network is the national membership association for the Protection and Advocacy (P&A) and Client Assistance Program (CAP) agencies, the nationwide network of congressionally-mandated agencies that advocate on behalf of persons with disabilities in every state, the District of Columbia, Puerto Rico, U.S. territories, and is affiliated with the Native American Consortium.  For nearly forty years, the P&A / CAP network has worked to protect the human and civil rights of individuals with disabilities of any age and in any setting, and a central focus of this work has been ensuring that people with disabilities are able to receive quality vocational rehabilitation services and obtain competitive, integrated employment opportunities within the community.  Collectively, the P&A / CAP agencies are the largest provider of legally-based advocacy services for persons with disabilities in the United States.

[1] CPSD and the Council of State Administrators of Vocational Rehabilitation (CSAVR) separately notified the Department that we endorsed the approach in the letter. 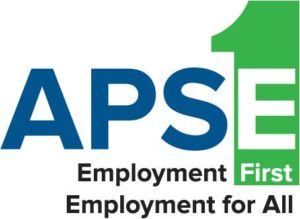